Started the day by walking one of the trails at the campsite.  The weather still warm, rainy (off & on), and the humidity slight less intense than it has been, I’d say its been downgraded to muggy.

The trail ran for 1/2 mile and provided some good exercise for this fat boy.  I felt good after walking it, one, I was still alive and two, I finally did what I need to do and heck, should want to do.

The park is located in the Gulf Islands National Seashore, a small vestige of nature remaining in the area. 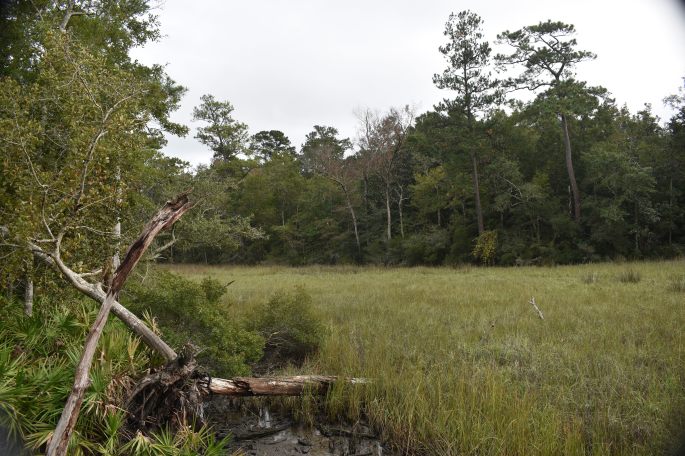 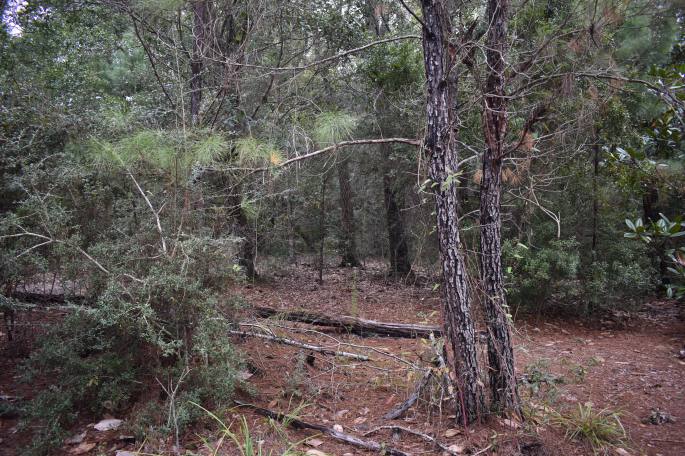 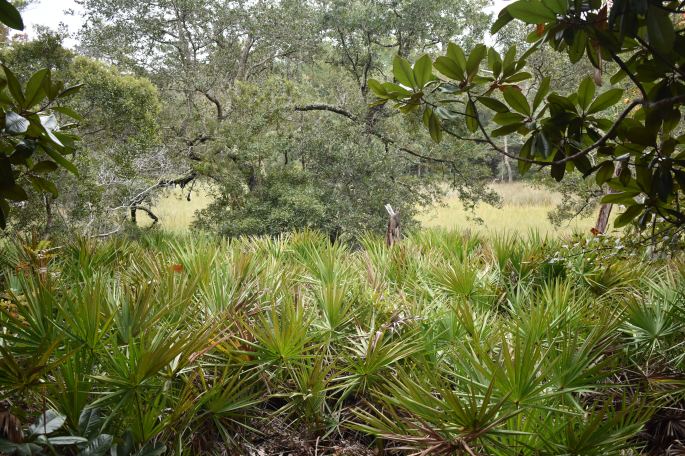 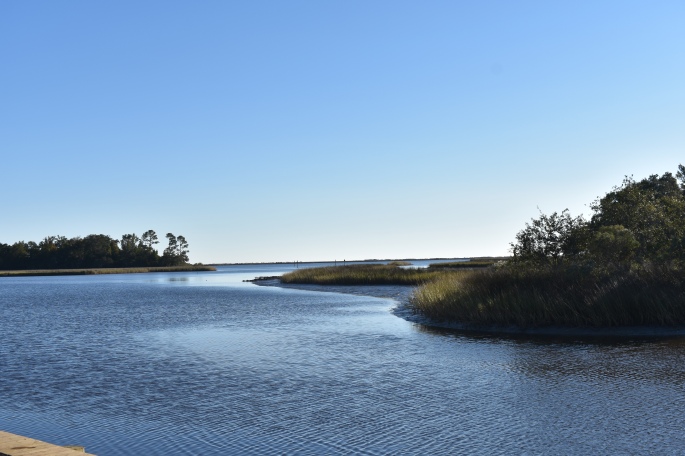 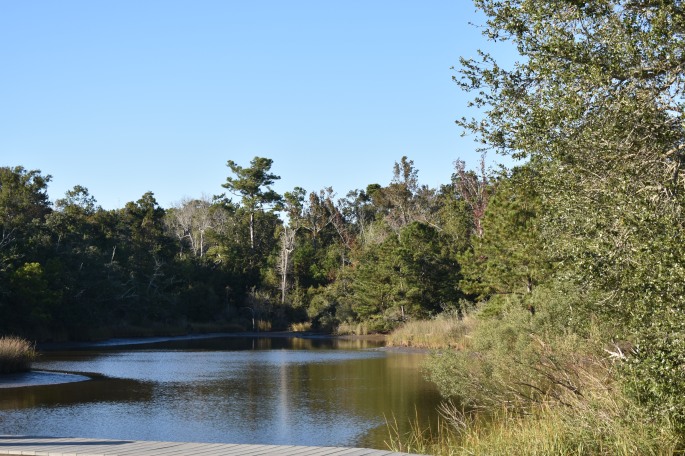 The trail wasn’t very well marked and there were a lot of side paths created by others over time.  I ended up going down a few different paths (kind of like life) and was getting a tad nervous until I found the road, I guess sometimes civilization is good.

He/she didn’t seem to concerned about me, too busy storing up for winter.

I think you can rent these. I like how they’ve kept the architecture of the houses true to the region.

You can see the moss in the trees. 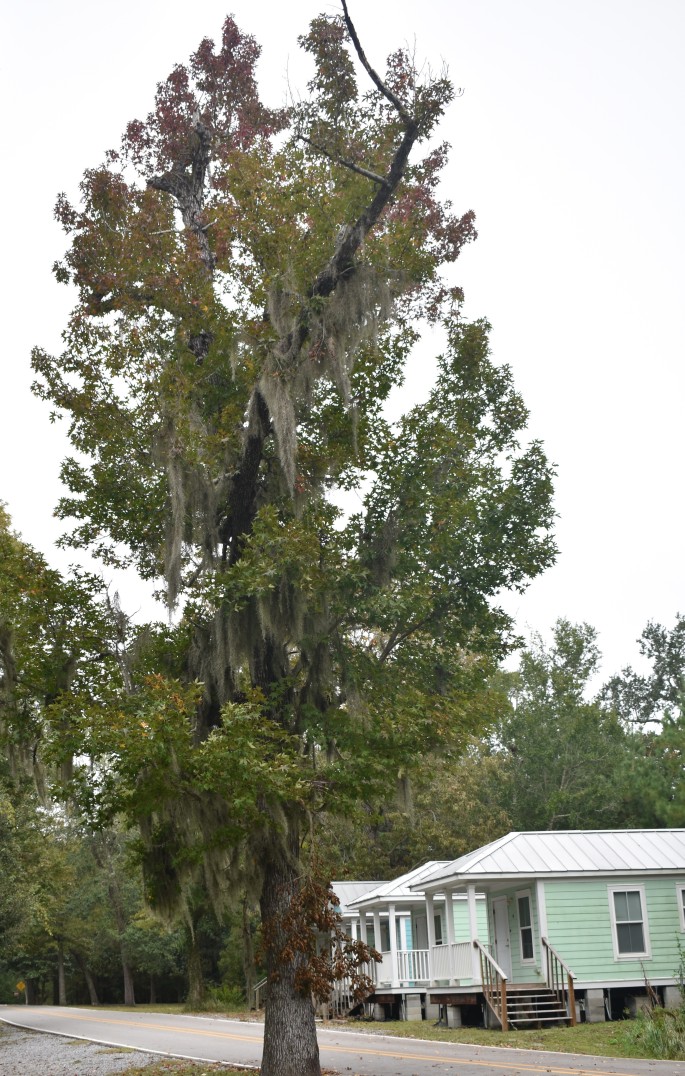 After my little walk I was ready to hit the road and check out the back country of South Mississippi.  It turned out to be a six hour day in which I drove a lot of back roads and in doing so, came to see South Mississippi. 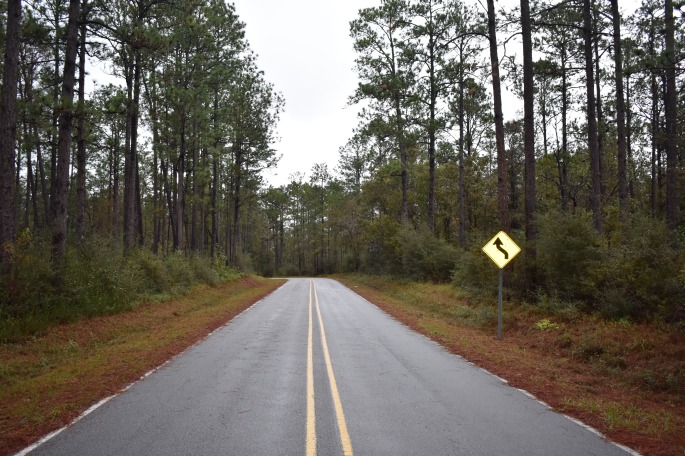 Trees, lots of pine trees.  I believe they’re southern yellow pine which if I remember correctly from watching a “This Old House” episode, it’s a sought after wood.  Kind of a hard softwood (if that makes any sense).

As I said, It had been very warm and humid went I left.  Driving down one of the many roads I took today, it began to rain heavy with a strong wind coming out of the north, and just like that, the weather changed.  The temperature dropped from 72 degrees to 54 degrees with a stiff northerly wind. It continued to rain the rest of the day and hence, no other photos.

I stopped at a small restaurant in Wiggins, MS.  So much more character in these local owned diners when compared to the likes of Applebees, Chili’s, etc.  The food was served fast, tasted good, and all came at a good price.  It was an experience the likes I’m looking to have on this journey.

It was a pretty full day.