Decided to go back across the bridge and meander around the area to the west and north of Grand Isle.  It was another nice day (love these nice days), so I set up my route on google and away I went.  There aren’t many roads in the area, I think it’s  easier to get around by boat than car.  All together though, I must have put 150 miles on the truck driving around.

Driving north you get away from the salt marsh and into an area of trees and fields (mainly sugar cane), although the water is never far away.  The land remains flat and you also see a small amount of cattle being raised in the area.  There are waterways throughout the area that connect the area with the gulf.  There where shrimp boats are tied up along the canal in front of the owners homes. 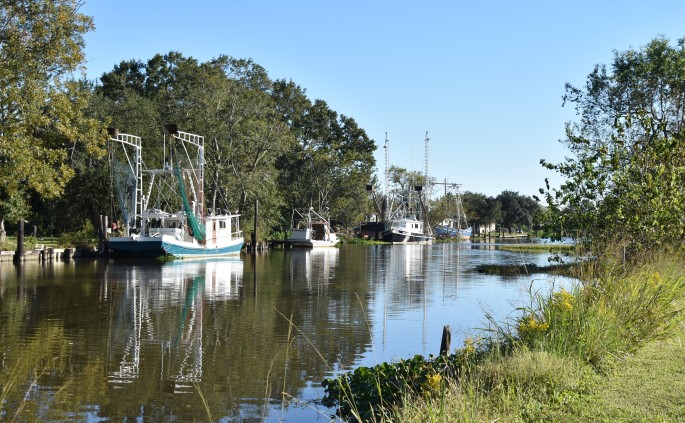 I also noticed places selling fresh shrimp and crab.  It’s also in this area that I saw a lot of buildings that looked to be wholesale business’s for seafood that were no longer in business and looking pretty decrepit.  It’s sad to see this decline because it mirrors the decline in the distinct culture of the area.  This is bayou country and it’s slowly being homogenized like the rest of our different cultures that made up America.  Another example of all of us being marched to living the same, talking the same, having the same culture, etc.  boring, boring, boring.

Spent a full day on the road and gosh darn it, I didn’t take any photos (why no photos?).  Sometimes you see great shots but by the time you can stop, and get out, the moments gone.  Or you see a cool shot and can’t stop because you’re driving down the road with cars behind you.  I did get a glimpse of life in the bayou, I’m sorry I didn’t do a better job showing it to you.

I did take a photo of a draw bridge that you see along the main canal in the area.

New day on the island and it started out well, the sky’s had cleared and while still humid, the temperature had dropped into the mid 60s, much more comfortable.  Life on the island had gotten back to normal after the storm.  This is the bridge you go across to get from the mainland to Grand Isle.  I’m not sure what they did before this bridge went up.

Grand Isle from the mainland side.

While the oil industry has taken over as the biggest economic driver in the area. Fishing and shrimping, for more than a century, the areas major source of income, still is a very  important part of the economy.

Port Fourchon where the oil industry is based in the area. 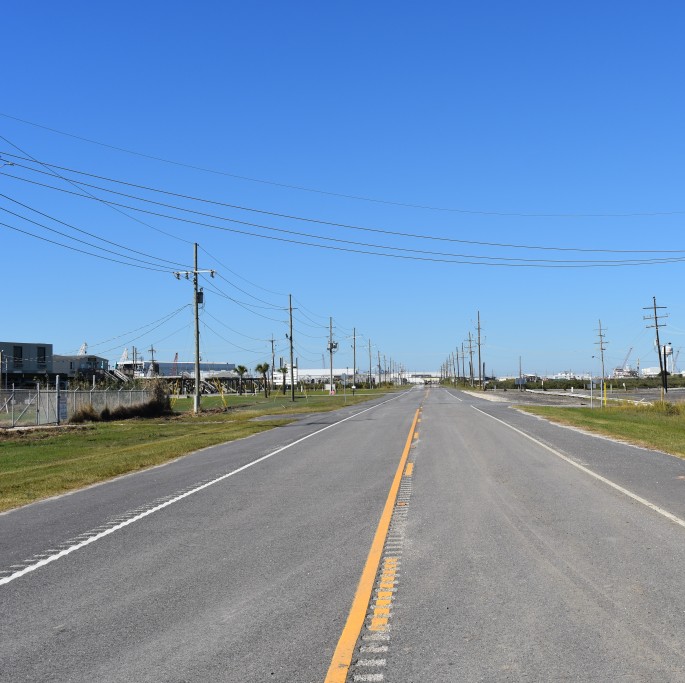 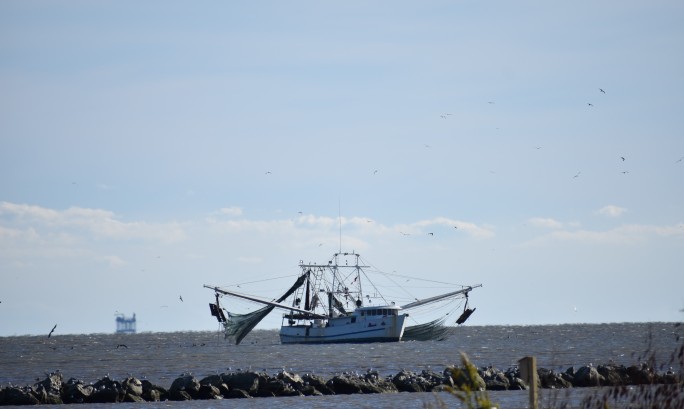 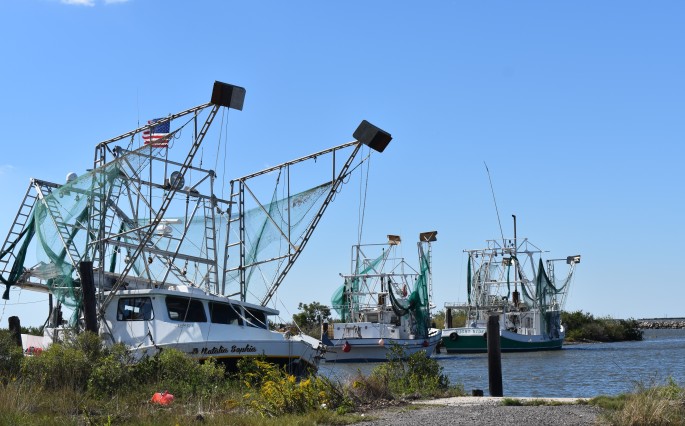 Typical of what the area looks like going to (and coming from) Grand Isle from the mainland.

The bridge in this photo is the toll bridge that you have to take to get to Port Fourchon and Grand Isle.  If you’re going by vehicle, this is the one and only route you can take.

Didn’t wander to far from base today, but did get to see more of the area, and I liked what I saw.

Luck with the weather ran out around 2:00 in the morning.  I had fallen asleep with the A/C on because it was still hot in the trailer and the temperature was only supposed to drop to the low 70s plus it was really humid out.  I woke up and realized the A/C had stopped working, My first thought was something blew out in the A/C, freaking junk, yada, yada, yada. (always look for the worst first…argh!)  Then I realized the clock on the microwave was off and something clicked in my head that said, the powers off (oh yea, sharp as a tack).  I opened the trailer door and looked at the power boxes along the other sites. One thing I had noticed was at night there is a light on the box that would come on, none of the lights were on so the power outage was not me, but the park.  OK I thought, I’m sure they’ll get to it and I can wait it out.  The batteries were charged and I still had propane so the fridge could keep running.

I laid back down and soon thereafter the wind began howling and the rain came down in a drenching downpour.   And the rocking, let me tell you, the trailer, she was a rocking.   I’m laying there with these alternating nightmare scenarios of water leaking into the trailer from the rain, and/or the trailer being blown down the road. and not having a very happy experience.  I got back up and went online (yea, it still was working) and checked what was going on weather wise.  Saw that the worst of it had gone through and just rain and wind for the next six hours, man I was relieved.  I laid back down again and thought about the situation.  I thought about the worst that could have happened (I didn’t count injury, not sure why not) and realized that no matter what I would survive and get through it and I felt OK.  Now lets see if I’ve learned anything from this like I hope I have.  I’m sure God will test me soon.

I finally dozed off around 9:00 in the morning.  Woke up around 1:00 in the afternoon and went outside to take care of business and check out the damage.

I talked with a guy who works at the park and he told me that five inches of rain had fallen and there was 50+ mph winds in the area.  The news reported that a little farther away from the park there was an old warehouse that collapsed and a travel trailer (unoccupied) overturned by the storm.  Counting my blessings, I thought it best to stay put and let things on the island get back to normal before venturing out again.